A variety of problems could indicate the need for an outpatient screening at our center. Click below to read more about each digestive disorder and gastrointestinal problem.

Barrett’s Esophagus is a condition in which the lining of the esophagus is replaced by tissue similar to that found in the intestines. Common in people with frequent heartburn and gastroesophageal reflux disease (GERD), the condition may cause heartburn but may not exhibit any symptoms on its own. Left untreated, it could potentially develop into esophageal cancer, making early diagnosis important. Read more

The third deadliest form of cancer in the United States, colon cancer affects about 150,000 people each year. While doctors remain unsure of what causes the disease, they have identified age, lifestyle habits and other risk factors that may contribute to the development of colon cancer. Colon cancer is completely preventable through regular preventive screenings and is 90 percent curable through surgery, radiation and/or chemotherapy if diagnosed early. Read more

Chrohn’s disease is a chronic disorder that causes inflammation in the digestive (or GI) tract. Similar to other intestinal disorders, the symptoms of Crohn’s disease are typically abdominal pain and diarrhea. The disease can affect any area from the mouth to the rectum. Read more

Diverticulosis, a disease believed to be the result of a low-fiber diet, occurs when small pouches bulge outward through the colon. Common in people over 60, the disease can cause constipation, bloating and mild cramps. A more advanced condition of the disease is called diverticulitis, which can produce abdominal pain, fever, vomiting, constipation or bleeding. Different types of treatment and lifestyle changes are recommended for diverticulosis and diverticulitis. Read more

When the esophagus becomes inflamed or irritated, the condition is called esophagitis. Symptoms include difficulty swallowing, a burning sensation, heartburn and oral lesions. When the irritated area heals with a scar that narrows the esophagus, this is called a stricture or benign esophageal stricture. Causes and treatments vary for these conditions. Read more

When digestive juices or stomach acids rise up into the esophagus, it is called acid reflux, also known as gastroesophageal reflux (GER) or acid regurgitation. Though acid reflux is very common, those who suffer from it more than twice a week may have gastroesophageal reflux disease (GERD), a more serious form of the condition. Treatments consist of lifestyle modifications, medications and surgery, if warranted. Read more

Acid Reflux, also known as gastroesophageal reflux (GER) or acid regurgitation, occurs when the lower esophageal sphincter (LES) opens spontaneously or does not close properly, and the contents of the stomach, including digestive juices or acid, rise up into the esophagus. Read more

Helicobacter Pylori (H. pylori) is a bacterium that causes ulcers, inflammation and chronic gastritis in the stomach and small intestine. A carrier of the bacterium exhibits no symptoms, but those with ulcers or gastritis may experience abdominal pain, regurgitation and an increased risk of cancer in the stomach. H. pylori is treatable with medication. Read more

Causing abdominal cramping and changes in bowel habits, IBS is an unpleasant, yet very treatable, condition. The cause of IBS remains unknown, but it is manageable with lifestyle changes and medication. Read more

Liver disease, also called hepatic disease, refers to any number of diseases that may affect the liver and its function. The liver plays a role in the production of bile, blood-clotting factors and amino acids, and aids in the processing and storage of iron for red blood cell production. Read more

In PUD, ulcers line the stomach or small intestine, causing burning stomach pain that persists for several days or weeks. Contrary to popular belief, stress and spicy foods are not causes of PUD. It can develop due to infection or long-term use of medicines such as aspirin or ibuprofen. Treatments include medication and surgery, if warranted. Read more

The stomach stores swallowed food, mixes food with acids for digestion and then transports the mixture to the small intestine. A person experiencing swallowing problems, which is called dysphagia, may have difficulty swallowing foods or liquids. Read more

An inflammatory bowel disease called ulcerative colitis causes ulcers in the rectum and colon. About half of the people diagnosed with colitis experience mild cramps and diarrhea, while others suffer from severe pain and even fevers. Like Crohn’s disease, ulcerative colitis may be difficult to identify because symptoms are similar to other intestinal disorders. Read more

Take this quiz to find out how much you really know about colon cancer!

Click here to explore the many misconceptions about colorectal cancer.

Upper GI: Did You Know?

For patients, physicians, family and friends, find answers to all of your digestive health inquiries. 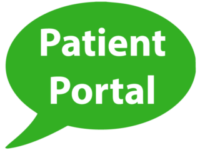 If you are not already registered for patient portal, please contact the office and request a portal invitation. 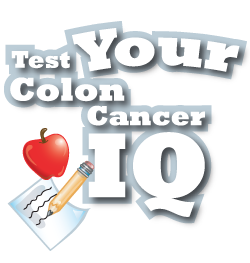